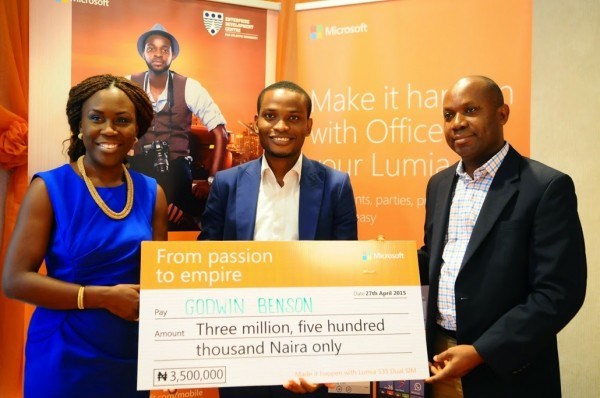 What will happen if 1 billion Technology teachers get trained in Africa? I asked myself this question a couple of weeks ago after I remembered my conversation with my friend Tunji in San Francisco. We were at the Google Launchpad Accelerator where his startup was one of the very first from Africa at the accelerator.
Tunji Adegbesan is a teacher. He lectures at the Lagos Business School, and he puts what he teaches to practice as the founder of the education startup, “Gidi Mobile.” The startup’s mission is simple, provide education at scale via mobile while making it engaging and exciting. He has generated a lot of interest from investors and partners as well. Google gave Gidi Mobile $1M the week their CEO, Sundar Picha, visited Nigeria.

Tunji and I were discussing how to create higher engagement levels on the educational content, and I asked him why he was not thinking of tackling the teaching problem as well. Tunji could build that startup successfully because he was already a teacher. I believe that teachers are probably the most relevant resource in the education equation, but most ed-tech startups prioritize access and content primarily for students. For Gidi Mobile to scale, Tunji didn’t need only to have engaging content; he needed to replicate himself (or his profession) at scale.

Very few ed-tech startups focus on teachers. Tuteria, a Nigerian startup founded by Godwin Benson is one of those few. I met him at the last TEDx Yaba event where he gave a talk about his startup. It was the highlight of my day at the event. Tuteria is a learning marketplace where experienced and vetted people trade their “knowhow” for income. It is like Uber but for learning. There are tutors on Tuteria who can teach you anything, from dancing and physics, to software development.

Tuteria was part of Facebook’s FBStart program for startups. They currently have almost 20,000 users on the platform with close to 10,000 tutors. They may be just starting, but I believe they may become Africa’s most significant learning platform. All the awards they have won are only the beginning.

What was amazing to me was that Godwin stumbled into solving this problem and kept refining it and growing it without even being aware that he was creating probably one of the most valuable startups in Nigeria. He saw a problem, started solving it and it became addictive to its users on both sides of the marketplace. High usage and customer retention rates are a testament of that.

Ed-tech for teachers may be the key to unlocking and unleashing technology in the emerging markets. A trip I made to India in 2011 convinced me entirely that the next billion technology users will be made possible by people at the street level who have a vested economic interest in making sure people use the technology. The “push” approach to technology learning, using tutors, is far more effective in emerging markets than the “pull” approach where content has to be available online, and people are expected to find and use it. We owe a lot of our early successes in Nigerian technology to the Indian technology training schools who decided to set up shop in Lagos and around Nigeria.

I travelled to India for the first time in 2011 for a course. After the program, I visited Jaipur, Agra and Delhi to see the normal “tourist sites,” but I saw a whole lot of other things that made me understand why India can have a hundred million people coming online yearly.

I saw that digital education was a massive industry on a scale and proliferation that I had never seen. It was as if there were more software training centres around India per square mile, than corner shops in the UK, or fast food outlets in America. It made me understand why software skills were in abundance there and why the technology adoption rate is so high.

My friend Antonia Anni who is UX consultant (based in London) said something to me recently while commenting on a video I had shared on product design. She said, “innovation does not exist without adoption.” It made a whole lot of things clear to me, and I understood why Africa lags behinds places like India when it comes to technology adoption. I realized we might not have enough people making the adoption happen fast enough.

Mobile adoption would not have been possible if there were not people on the streets who made a living from making it happen. The telcoms owe the growth of mobile usage more to the street agent and other users than to their marketing efforts. It seems that the customer or consumer education loop is rarely closed entirely in the emerging market countries no matter how intuitive or straightforward a technology product might be.

Google may have trained one million people last year and equipped them with digital skills, but you can imagine the multiplier effect if one million technology teachers get enabled with platforms like Tuteria? Once the thought of “One Million Teachers” entered my head, it could not leave until I tried to do something about it. I started my technology career in training; I was also a teacher, and this means a lot to me. I wanted to start an initiative, the first thing I did was to try to register the domain. I discovered that the domain “onemillionteachers.com” was already taken, it was a Canadian-based initiative. I went to the site to see what it was all about; I found out that a Nigerian, “Hakeem Subair,” was the CEO of OneMillionTeachers.com. Pius Adesanmi was also on the advisory board. I screamed with joy! We are all thinking alike.