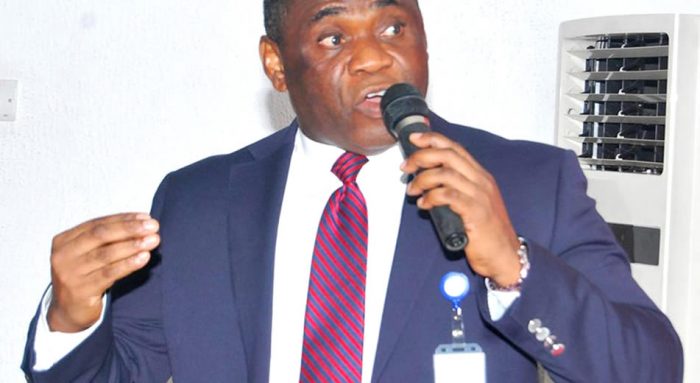 The Nigerian Communications Commission (NCC) has urged the Federal Government to pay more attention to identity management in the country, saying it will boost ease of doing business in the country.

Speaking in Lagos on Monday at a public relations conference, NCC’s Director of Public Affairs, Tony Ojobo, argued that the existence of a central data base for the citizens, which potential investors can depend on would engender trust and reliability.

Ojobo, who spoke on Trackable Identity and Ease of Doing Business in Nigeria, said trackable identity has become a sine qua non to ease of doing business.
He said: “In spite of whatever challenges, the global trend is for all citizens to be registered, and for each citizen to be covered with a legal identity including birth registrations.

“Citizen Registration is now an item in post-2015 Sustainable Development Agenda with 2.4 billion people identified as having no official identity and these people reside in Africa and Asia.

“While traditional identification rely on passwords, PINs, smart cards, and the likes, biometric identification, using finger prints and iris scans are generally more reliable and secure. They are adopted more universally like in driving licenses’ and international passports.

“Biometrics identities are also more reliable in linking individuals to event and actions. It is therefore preferred by security institutions in fighting crimes.”

Ojobo used the occasion to appeal to telecom operators in the country that are involved in Subscriber Identification Module (SIM) registration not to relent in the registration, stressing that they should delist lines that are not adequately captured on their data bases as fast as possible “in order not to incure NCC’s wrath again as witnessed about two years ago.”

Speaking on the theme, Ojobo said trackable Identity could simply be seen as the country’s ability to identify an individual through some natural physiological features as may be shown by photographs or marks and such other characteristics.

He however, said it is being more associated with the ability to identify a particular person in cyberspace, or in electronic devices which offers digital identification.

According to him, the scope of trackable identity is being widened within the digital world to include tracking objects with application of tags that could be linked to a mobile phone, or other devices.

“Trackable identities have gone to the level of sophistication where individuals have chips implanted on them for purposes of having exclusive access to locations or files or be recognized.

National Population Commission (Plans to do biometric registration for 2018 Census).“Unlike in most developed countries, these data projects are not yet harmonized with a central data registry for all citizens,” he stated.