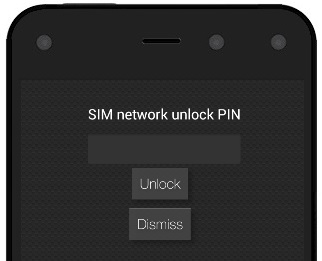 Most cell phones sold in North America — especially on contract — are “locked” to a particular cellular carrier. They can only be used on that carrier’s network, so you can’t switch to another carrier without “unlocking” it first.

Phone locking applies to nearly any type of cell phone, from the lowest, cheapest dumb phone to the highest end smartphone. Unlocking is different from jailbreaking and rooting, which bypass other software restrictions on mobile devices.

First, it’s important to bear in mind that phones won’t always be capable of working on another carrier even after they’re unlocked. For example, in the USA, AT&T and T-Mobile use the GSM wireless standard, while Verizon and Sprint use the CDMA wireless standard. These are incompatible with each other, which means that you can’t unlock a CDMA phone purchased on Verizon and take it to AT&T’s GSM network, or vice versa.

Luckily, most of the world has chosen the less-restrictive GSM standard. Before you consider unlocking a phone and taking it to another carrier, ensure that your phone will actually be capable of functioning on that carrier’s network.

The CDMA/GSM difference is a legitimate technical barrier to moving phones between carriers. However, there are also artificial barriers. Carriers “lock” phones to make them only function on that carrier’s network.

For example, let’s say you walk into AT&T and pick up any smartphone on contract. That phone will then function on AT&T’s network, but if you try to place a T-Mobile SIM card into the phone and switch to T-Mobile’s network, the phone will reject the T-Mobile SIM card. There’s no legitimate technical reason for this — it’s compatible — but the AT&T phone is “locked” to AT&T’s network and will only accept AT&T SIM cards.

This would also get in your way if you were travelling and wished to use a local carrier in the country you were visiting rather than paying expensive roaming fees — your locked phone would reject anything but an AT&T SIM card.

Why Are Phones Locked?

Cellular carriers argue that phone locking is a necessary part of their business. By locking phones they sell on contract, they’re able to keep customers on their network so they’ll continue paying their monthly bills. Remember, phones aren’t actually worth their on contract prices — they’re subsidized. No phone is actually “free” and the latest iPhone actually costs more than $199 — so the carrier needs to recover the cost of the on-contract phone over the lifetime of the contract. If consumers were able to take their phones to other networks, carriers argue that they would have difficulty recovering the price of the phone and their business model would take a hit.

In reality, this is a fairly silly argument. If you buy a phone on contract, you’re signing a two-year contract. If you want to take that phone to another carrier, you’d have to break your contract and pay an early termination fee or keep paying the monthly bill for the lifetime of the contract. This contractual obligation would still be binding even if the phone itself was sold unlocked and you took it to another carrier. Some smartphones may even be sold locked if you buy them from a carrier store at full price, without signing a contract, which shows how silly this argument is.

Cell phone locking is really just a way to create additional friction for average people switching carriers, encouraging them to stick with their current carrier instead of looking around for a better price and switching carriers. It’s one of the many horrible business practices carriers employ to gouge their customers.

There are several ways to unlock a phone:

Of course, not all phones are sold locked. Often, phones sold directly from the manufacturer instead of by a carrier come unlocked. You’ll generally have to pay full price to get an unlocked phone that you can move between carrier networks, as there’s no carrier to subsidize the phone’s full cost.