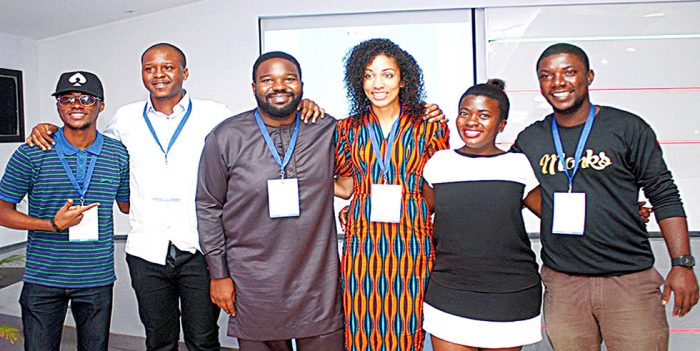 Social media platform, Facebook and a technology integration firm, Ingressive, have equipped about 150 developers nationwide with latest applications and technologies to enhance their productivity.

During the Facebook Partner Developer Workshop yesterday in Lagos, the founder of Ingressive, Maya Horgan-Famodu, said the partnership was to get the developers familiarised with key Facebook solutions and services that border on optimisation, monetisation and product development to increase users’ share, while leveraging on newest tools and services.

She said her company was selected as a key partner due to its visibility in the developer community, stressing that the firm had series of network developer training programmes that keep developers updated.

Horgan-Famodu noted that developers would be leveraging on the Facebook platform for optimal acquisition, retention and engagement of users through the Messenger as well as unlock the power of analytics with focus on user journeys, optimisations and future of monetising audience network.

According to her, the 150 developers would also get relevant information on an open source, AI and product management for enhanced capability.

According to her, with Internet every where and trainings at the beck and call of developers, “what we need to do as a country is to get these talents and harness them. The issue is, we have the talent, but the exposure is still missing.”

She enjoined government to create an enabling environment for the technology space to grow, stressing that focus should also be on specialists for a start.

Horgan-Famodu advised that there should be serious computer teaching right from primary school.

On the follow up mechanism put in place by Ingressive, she disclosed that the firm had a Campus Ambassador Programme, which it optimally utilises for developers nationwide.

Her words: “We are building a developer community in every major university across Nigeria and providing them with the needed resources, social skills, among others. We also have a two-day High Growth Africa summit coming up in November. We also do monthly ecosystem hangout to bring together the developer community, among other various initiatives.

To the Lead Partner Engineer Platform, Facebook, Brad Heintz, developers can take advantage of platform’s many initiatives to build a meaningful customer connection.

He urged the developers to be focus for their solutions to be marketable and competitive, saying customers want solutions meet their immediate needs.

Director, Strategy, Ingressive, Saifudeen Edu, noted that the firm had a network of developers and managers that works in the tech space and was ready to affect upcoming developers positively.

Regarding strategies deployed in picking the lucky 150 developers, he said they made the list on merit from the thousand of entries after a rigorous process.

According to him, developers need to work on their skillset in order to compete favourably and market their products effectively.

“There should be access to training and resources that will help them. The skill level, indeed, needs to be worked on to be able to produce solutions that are competitive and marketable.

“Last year we had 150 international investors and about 350, 000 developers which we are trying to double this year,” he added.