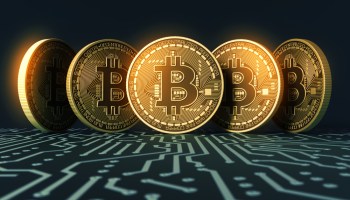 Chinese policy makers are planning to halt Bitcoin trading across the nation.

The once thriving industry of commercial trading for cryptocurrencies first came under the radar in January, when the People’s Bank of China, PBOC, institutes cashout flow measures to curb excessive capital flight amid global uncertainties.

However, the record surged in prices of cryptocurrencies prompted the apex bank to outright ban trading of the virtual currencies as Chinese people are reportedly using the asset to bet against the Yuan.

“People are still waiting for official word from the regulator,” said Arthur Hayes, chief executive of crypto-currency trading platform BitMEX, adding that the relatively subdued fall in the bitcoin price illustrated how opinion in the community towards the Caixin article was divided.”

Experts believed the decision would plunge Bitcoin below $4,000 a coin from the current $4.174.

“I would assume that if China shuts down trading on continuous order books of the large exchanges, the price would drop below $4,000, or the price of the U.S. dollar price of bitcoin would catch up to where it’s trading equivalently in China,” he said.

It should also be recalled that last week China banned Initial Coin Offerings, ICO, a typical fundraising through cryptocurrencies.