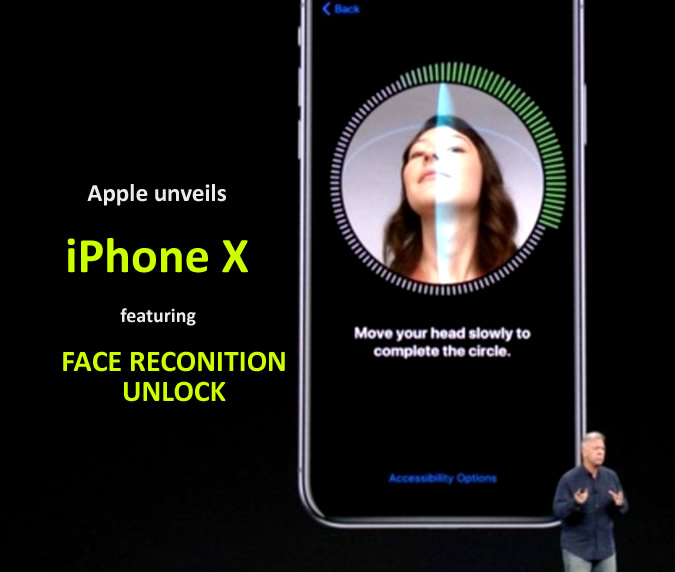 Apparently, the device maker’s focus is to continually remain on top despite stiff competition. That is where innovation is key and Apple showed its stuff with the exclusive facial recognition technology feature in the new device.

Speaking during the on stage presentation at the launch, Apple’s Senior Vice President, Craig Federighi, revealed; ““The iPhone X has wireless charging, an infrared camera and hardware for facial recognition, which replaces the fingerprint sensor for unlocking the phone. The home button is also gone, and users instead tap the device to wake it up. It features richer colours thanks to the new OLED screen technology, and is water resistant with the option of 64GB or 265GB version.

“The iPhone X has a 12 megapixel wide angle lens and a second telephoto lens for zooming. It offers huge improvements over the cameras we saw in the iPhone 7 Plus, which was the first to offer a telephoto lens.This means less shaky videos, improved pictures in low light, and more. Also, a new front-facing “TrueDepth” camera is installed and capable of taking fancy portrait shots that debuted on the iPhone 7 Plus, which create a blurred background effect that looks much more professional. It is fitted with A11 Bionic chip, which has six cores and is the most powerful chip yet in a smart phone.” Federighi enthused.

The launch also saw the display of the iPhone 8 and 8 Plus, as well as the 4G enabled Apple Watch which, for the first time, will be able to make calls and access the internet without the customer carrying an iPhone, a major upgrade that would likely double watch sales.

Apple iPhone X would be shipped November 3 at $999.